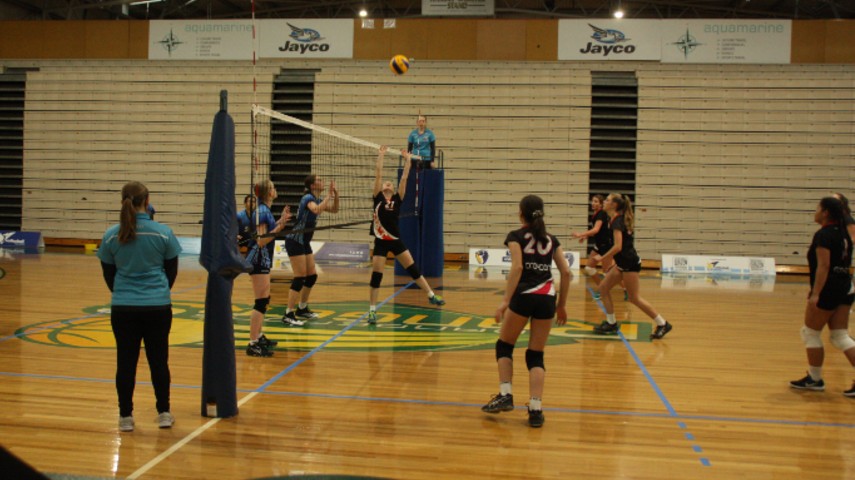 In the GM’s update this month:

The League continued recent trends, experiencing growth in team entries of 9%.  In total, the Victorian State League composed 114 teams from 19 Clubs, requiring 793 round matches and 51 finals, more than 80 officials, and 12 venues.

At the Awards Dinner, Melbourne University Renegades were crowned winners of the Tomas Santamaria Shield for best performing State League Cub, securing the Shield by two points, one of the closest results in living memory.

I congratulate the players, coaches, referees, especially David Rosamilia as our chief Delegate, game day officials, Club volunteers, and the Volleyball Victoria Office, especially Tim Heathcote and Katherine Walton, for all the time and effort invested in season 2019.

I would also like to acknowledge Australian Volleyball Warehouse, individual sponsors of the State League.

For a full wrap of the event, video, images, and the final standings, please visit:

Volleyball Victoria is pleased to announce Michael Brookens has accepted the role of Women’s Head Coach and will supervise trials commencing Wednesday, 4 September.  An announcement is pending on the Senior Assistant who will work closely alongside Michael.

What Is Melbourne’s Identity

Volleyball Victoria is calling for suggestions for the newly conceived Melbourne team to compete the 2019 AVL.  We invite suggestions from members and fans.

Volleyball Victoria will collate a shortlist and conduct a member vote to determine the team name.  The nominee of the winning name and one member who votes for the successful name will receive free AVL seasons tickets and team merchandise.

For more information on AVL, to read the full article on Michael Brookens’ appointment, or to propose a team name, please visit:

The Championships were held at Heathfield College, near Mt Lofty, a school with a long and proud history supporting volleyball.  On court, Victoria secured Bronze in the Boys’ section, while the Girls’ finished equal fifth place.

Congratulations to Volleyball Victoria members, Todd Broadbent and Scott Ross, Head Coaches of the Boys’ and Girls’ teams respectively, their Assistant Coaches, and all the players.

Participation and membership continue to improve in 2019 tracking ahead of this time last year.  Growth has been experienced across all major events and activities, including all Schools Cups conducted to date, with the Primary Schools Cup scheduled for late November, and State League which grew by 9% and concluded in late August.