Melbourne Vipers versus UTSSU Shield Round 4 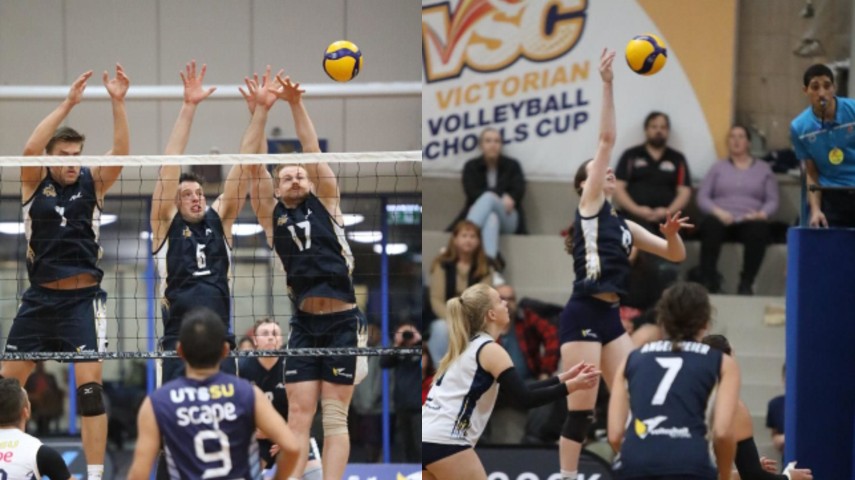 The Vipers Men’s and Women’s squad are poised to make finals in their inaugural season in the Australian Volleyball Super League after 4 exciting and very long matches at the State Volleyball Centre over the weekend.

The Viper Men came out swinging in their first match on Saturday winning the first two sets but in the end, adjustments made on offence by the UTSSU Shield proved too tough to overcome and the Shield take the first match 3-2 over the Vipers. On Sunday, the Vipers made some changes to the line-up that made a real impact, and along with a potent attack through the middle and fantastic defence, the Vipers came away with the win in 4 sets, securing the third place position on the ladder coming into the final round.

The Viper Women continued their fighting spirit taking out wins in two exciting 5 set matches against the Shield. With set scores well beyond the requisite 25, the Vipers maintained their composure throughout the 2+ hrs to come out victorious with coach, Michael Brookens adding that the wins show that this squad has Championship material and looks forward to a finals campaign on the Gold Coast in December. The Vipers Women stand in second on the ladder coming into the final round against WA.