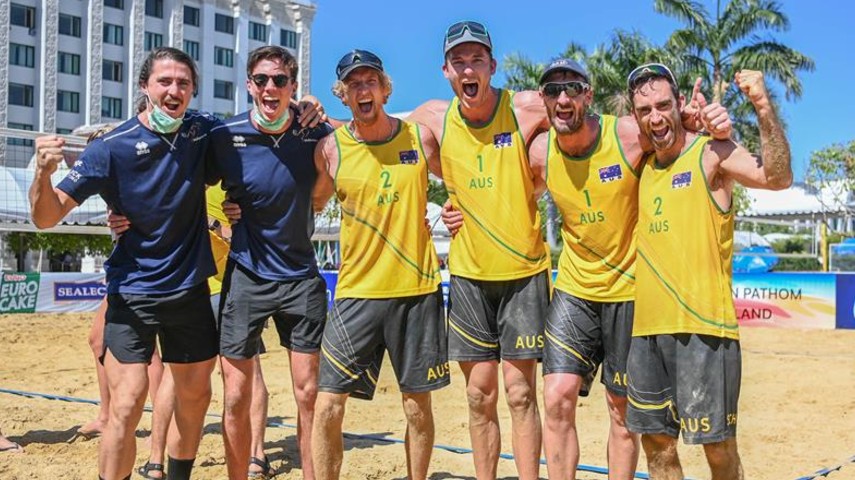 The pair won Commonwealth Games on the Gold Coast in 2018 and had an undefeated 2020-2021 summer, providing the perfect base to claim the last remaining Asian volleyball quota spot in Thailand.

33-year-old Schumann was ecstatic to achieve a lifelong goal.

“It’s completely surreal, it’s been a lifetimes worth of work aiming for this,” Schumann said. “We have both been through so much in our lives in pursuit of this goal and to have it realised, is nothing short of a dream come true.

“This Olympic cycle has included some of the biggest highs and lows of my Volleyball career. Breaking into the top 20 teams in the world and having success at tournaments like the World Championships, Commonwealth Games, and now winning the most pressure filled Asian Qualifying tournament I have ever been a part of, has been a dream. The delay absolutely helped Chris and I come back together after playing with different partners for 18 months in the middle and give us time to work on our game.

“It’s extremely special to be the first men’s team to qualify since our coach Andrew Schacht was there in Beijing. It’s even more satisfying to know that as a country we climbed our own little Everest! I say we, because I have been so lucky to have wonderful coaches not only over the last five years, but back in Melbourne, as well as a wonderful wife and family who have supported me through so much.

With the pools for the Tokyo Olympics confirmed last week, the FIVB has released the match schedule.

The beach volleyball will be held at Shiokaze Park with pool phase matches taking place from July 24-31.

The Australian men’s team of Damien Schumann/Chris McHugh have been drawn in Pool A and will face the world number 1 pairing of  MOL, A. and SØRUM, C. (Norway) on Saturday 24 July 11pm AEST.

Australian women’s combination of Taliqua Clancy/Mariafe Artacho del Solar are in Pool E and will face Cuban Pair Lidy/Leila in their first game on Sunday 25 July at 1pm AEST.

Catch all the beach volleyball action from the Tokyo Olympics on 7plus: live, free and streaming in HD. Download the 7plus app for your Smart TV, mobile or tablet now – click here for more